Osun-Osogbo Sacred Grove is a sacred grove along the banks of the Osun River just outside the city of Osogbo, Osun State, Nigeria.

The Osun-Osogbo Grove is several centuries old and is among the last of the sacred forests that once adjoined the edges of most Yoruba cities before extensive urbanization. In recognition of its global significance and its cultural value, the Sacred Grove was inscribed as a UNESCO World Heritage Site in 2005. 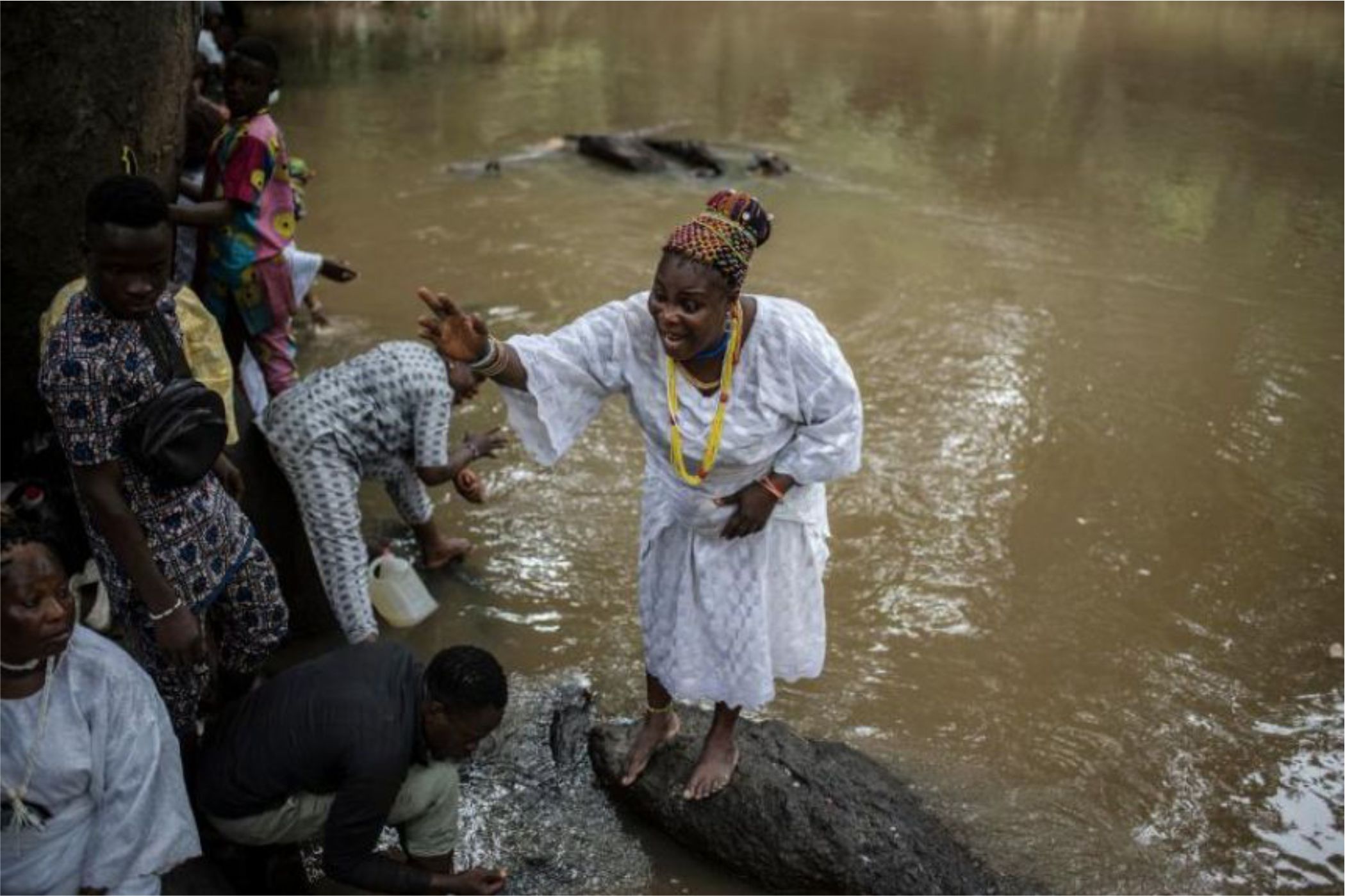 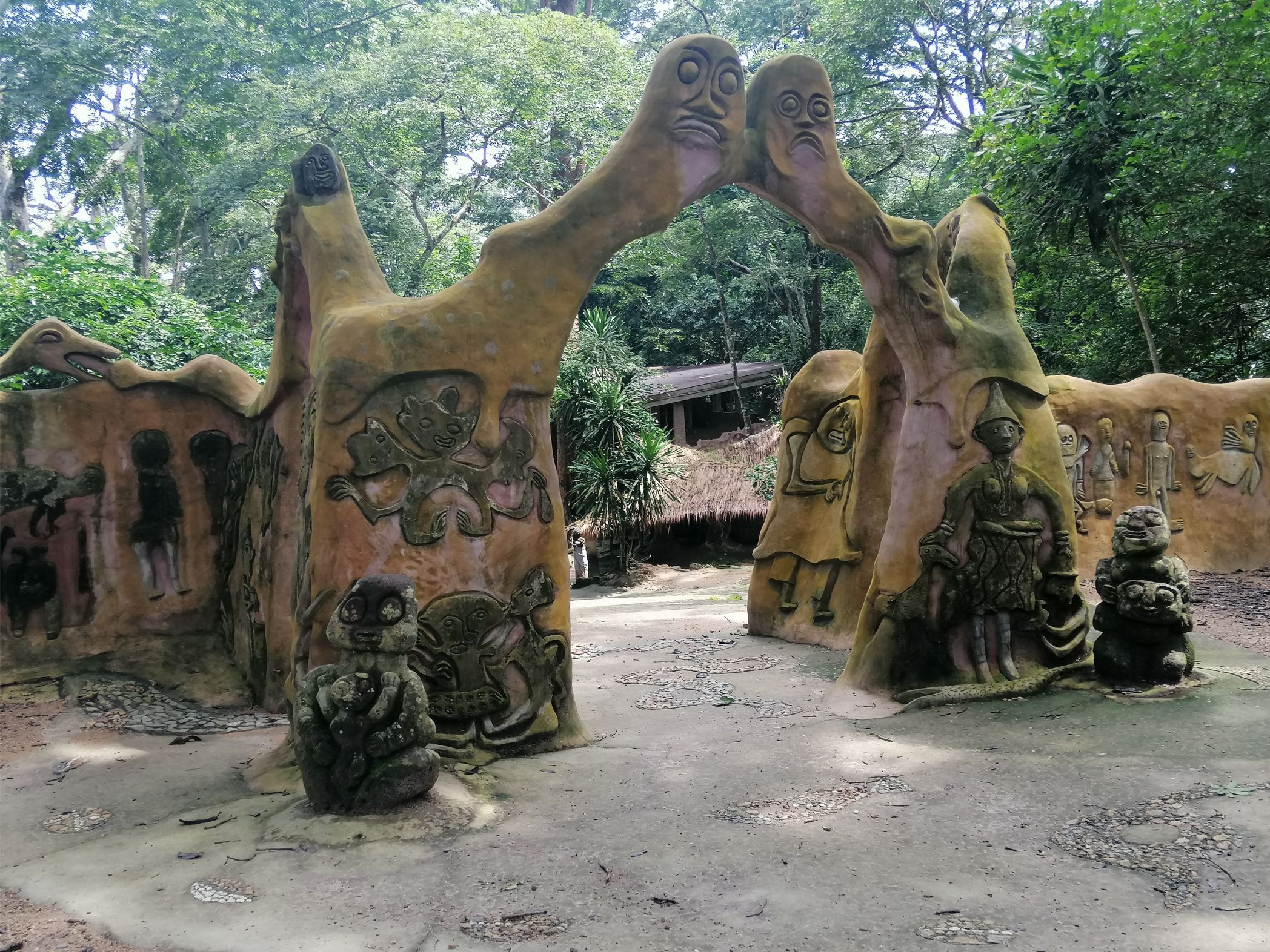 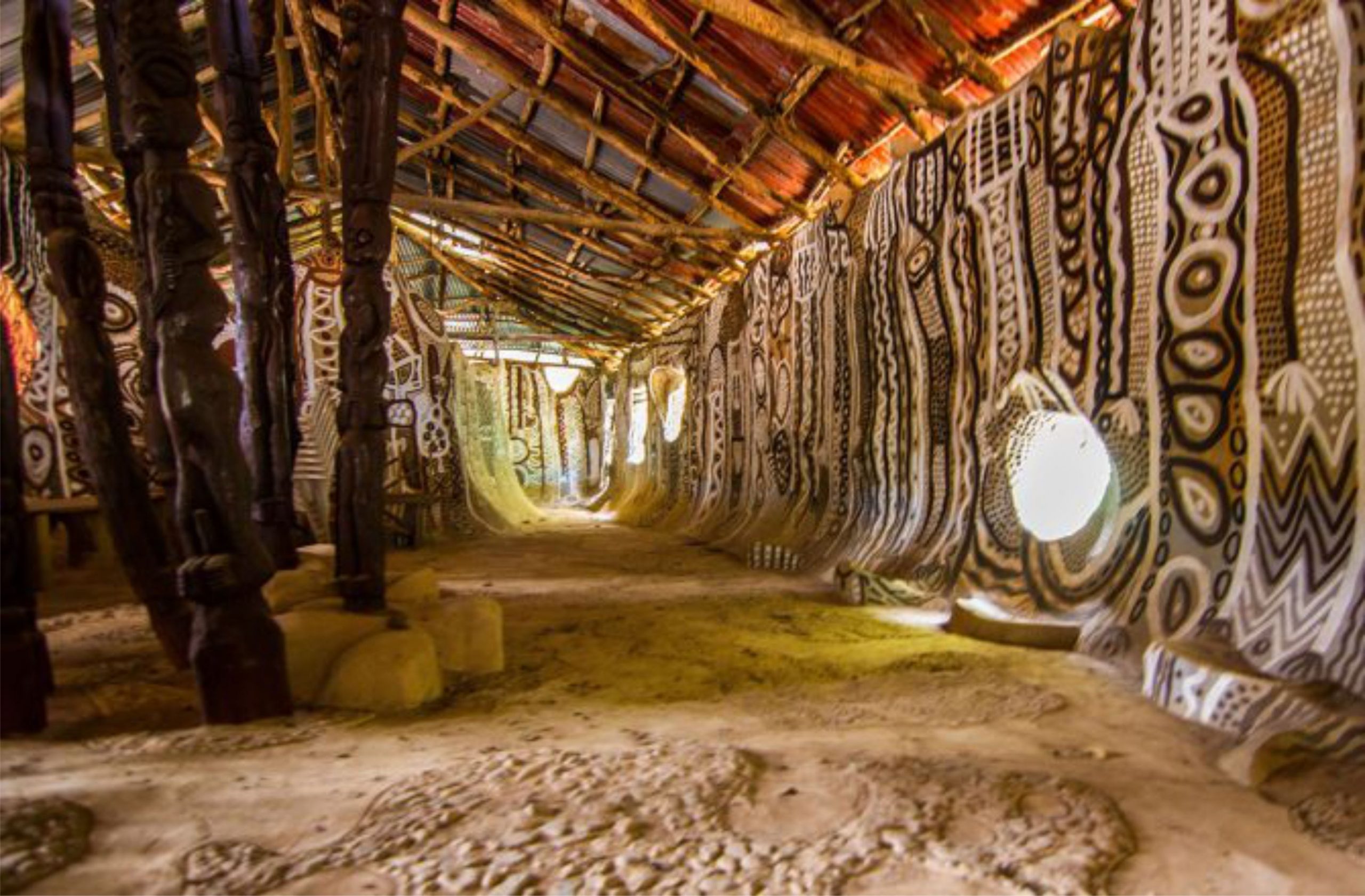 Every year, the Osun-Osogbo Festival is celebrated in the month of August at the Grove. The festival attracts thousands of Osun worshippers, spectators and tourists from all walks of life.

In modern times, August is a month of celebration for the people of Osogboland that includes the traditional cleansing of the city and the cultural reunion of the people with their ancestors, the founders of the Osogbo Kingdom.

The Osun-Osogbo Festival itself is a two-week-long programme. The traditional cleansing of Osogbo is called ‘Iwopopo’, which is followed after three days by the lighting of the 500-year-old sixteen-point lamp called ‘Ina Olojumerindinlogun’. Then comes the ‘Iboriade’, an assemblage of the crowns of the past rulers, the Ataojas of Osogbo, for blessings. 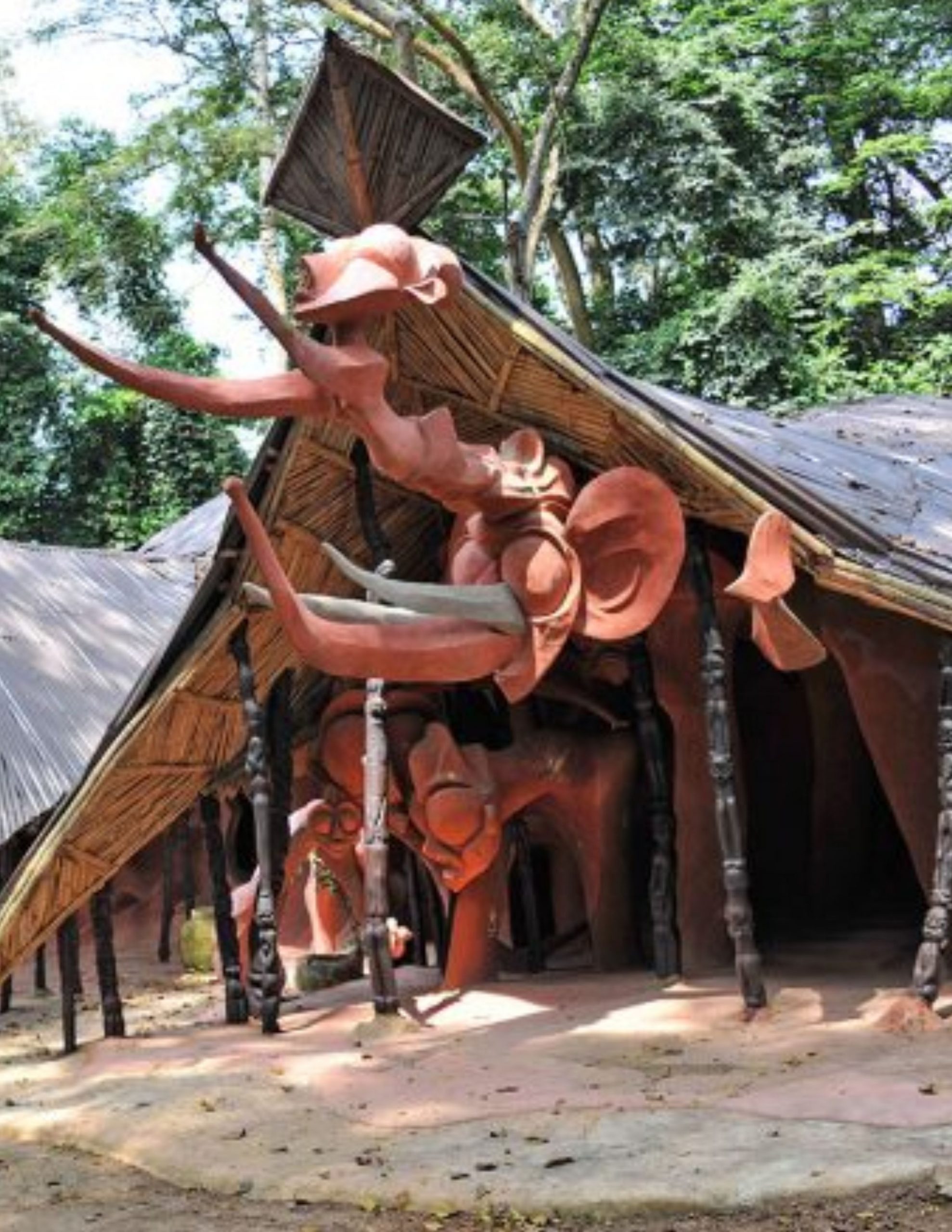 The Festival culminates in a procession to the shrine in the sacred grove where a large crowd builds up. Drumming, dancing, musical performing, wearing of elaborate costumes, speaking of the Yoruba language, recitation of praise poetry, and so on add pomp and colour to the proceedings. This event is led by the sitting Ataoja of Osogbo along with a ritualized performer called the Arugba and a committee of priestesses, who reenact the very first meeting between Oluwatimilehin and Yeye Osun. Arugba is played by a young woman of a kingly lineage and offers the sacrifice to the deity.

The festival is of immense benefit to the tourism sector of Nigeria. It enables the community to sell its culture to tourists coming from both within the country and from all over the world.

The Osun-Osogbo festival also serves as a strong unifying factor in Osogboland, as irrespective of the different social, economic, religious and political convictions of the people, they all come together annually to celebrate the goddess.

Sacred groves used to be found near every Yoruba settlement, but their disappearance over time has made Osun-Osogbo an important reference point for Yoruba identity and the Yoruba diaspora. The historic landscape remains a place of worship and plays host to an annual festival, but by the time it was included on the 2014 World Monuments Watch it faced a number of modern challenges. The rapid growth of the city of Osogbo was causing pressure on land use that was affecting the area around the site. Additionally, the Osun River was becoming increasingly polluted and bush fires posed a continuing threat to the sacred area. The Osogbo community is strongly attached to the site, and Nigerian heritage authorities are leading efforts to raise awareness about these challenges through community activities.

The Osun-Oshogbo Sacred Grove is one of the vast undisturbed areas of land in Africa. Fishing, farming and hunting are forbidden on the 75 hectares of sacred land. The sacred forest captures the potency of Mother Nature in her fullest glory. This is evidenced by the rare species of antelopes, monkeys and other exotic animals that can be seen strutting around the grove, enjoying occasional visitors who come to see the artistic beauty and also enjoy the traditional splendour of the sacred forest.

The Sacred Forest is one of the few spots in the country where well-preserved, undisturbed forestry lies side by side with strong cultural and traditional values.

The mystery of the Osun-Oshogbo Grove is captured in the brilliant legacy Susanne Wenger left us; and more than that, the blueprint that she created years ago is being carefully preserved by her adopted children, and the school of artists she trained. Constant restoration and preservation of the sacred grove is championed by the ‘The Susanne Wenger Adunni Olorisha Trust’, an NGO saddled with the responsibility of looking after the legacy of Susanne Wenger. 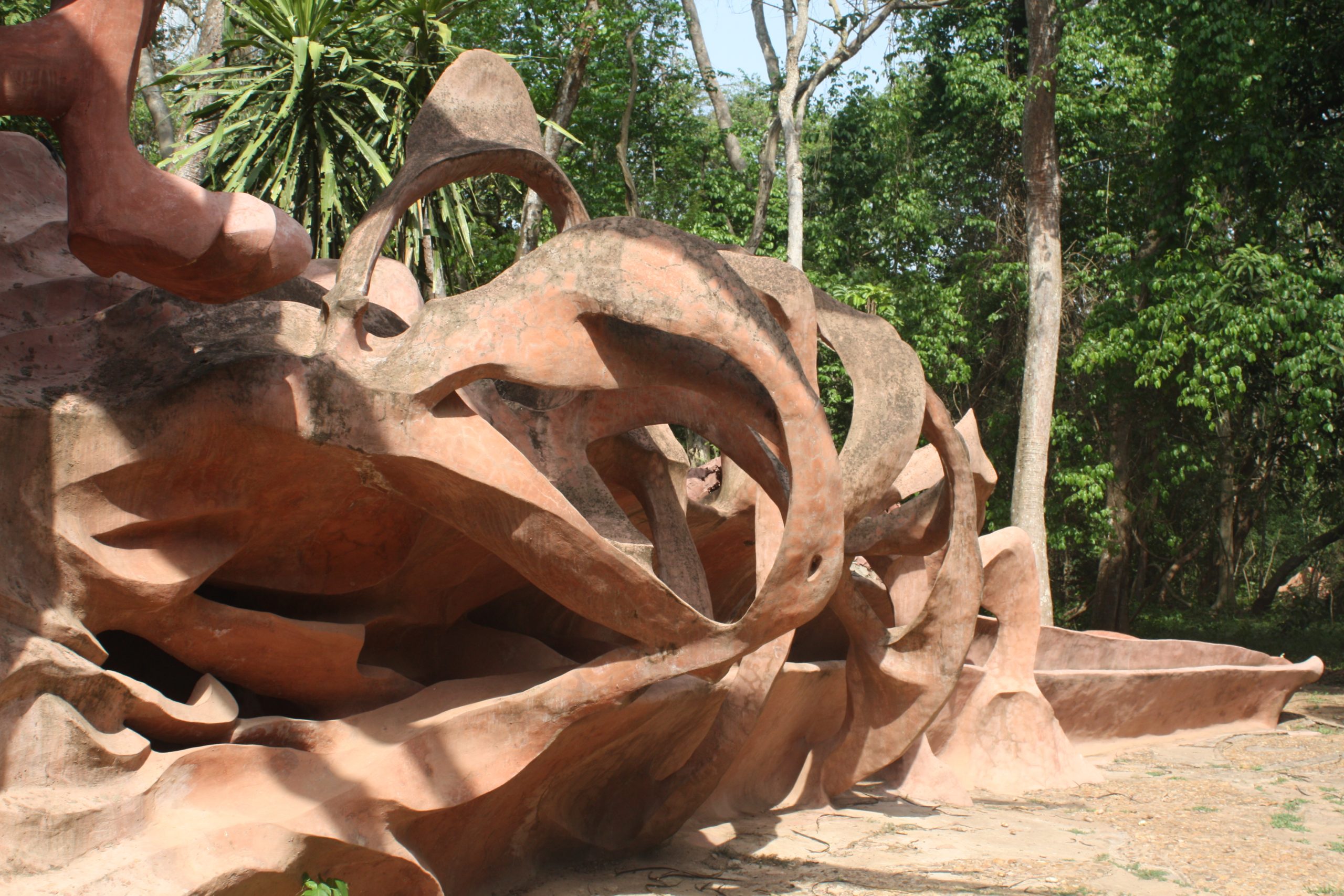