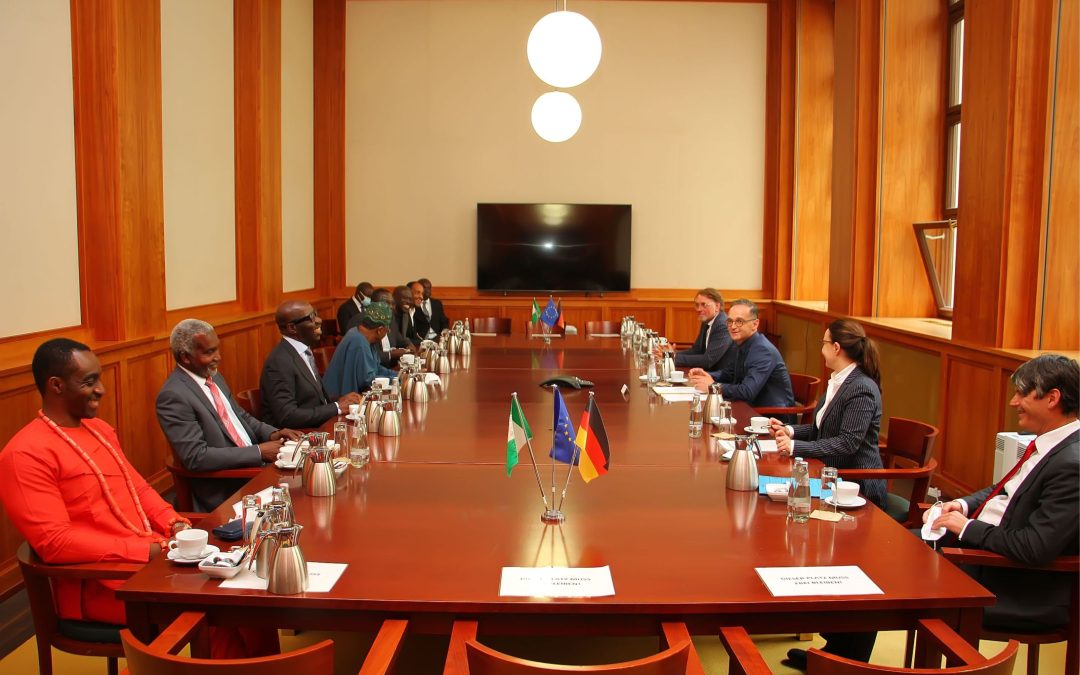 Since September 2020, The NCMM under the leadership of Prof. Abba Isa Tijani has approached many museums and institutions using different methods and has recorded success in most cases. The Netherlands in October 2020 returned a 600 years old Ife Terracotta. In March 2021, the University of Aberdeen Scotland agreed to return a Benin Bronze from its collection. In April, 2021, we received a bronze piece from Mexico. The University of Cambridge in the United Kingdom has also agreed to return a disputed Benin bronze. We are commencing the procedure for the repatriation of this piece soon. We have also secured a date in October 2021 in which we shall repatriate antiquities from the Metropolitan Museum, New York.

Of great news worthiness is the plan to repatriate 1,130 Benin bronzes from Germany.

After many discussions commenced by the NCMM under the Benin Dialogue Group (BDG), a group that has members cutting across representatives of the Federal government, the Edo State government, the Royal Benin Palace and representatives of many important museums in Europe, it has finally been agreed that the Benin Bronzes in many of these museums will be returned. A Trust was formed with representation from all parties including the NCMM, Royal Benin Palace, Edo government and the Foreign Museums. The Edo State Government took further interest in the agitation to return these antiquities to Benin City. The Governor also introduced into Edo State annual appropriation, money towards constructing this museum.

After the Germans made the announcement in April, 2021 of their intention to return substantial part of the Benin bronzes in their hold, they further signified the intention of joining in building Conservation facilities and in building facilities of this museum with a sum that will be announced soon. The Germans are also interested in the archaeological work for which the British Museum has indicated interest in spearheading conjointly with the National Commission for Museums and Monuments. It is believed that the area designated for this museum is rich in archaeological materials being an area in the core of Benin City. It is in close proximity to the National Museum, the Oba’s Palace and some heritage sites. The proposed archaeological efforts will also give some attention to the ancient Benin Moats which is one of the most extensive earth moving exercises by mankind at the time it was made.

Afterwards, the Governor of Edo State, the Minister of Information and Culture, the Director General of the National Commission for Museums and Monuments and their team met in July, 2021 in German the Minister of Culture and the Minister of Foreign Affairs of that country. Here it was agreed that there was no going back on the issue of returning the Benin Bronzes.

The following were also agreed upon:
a. Provenance research on the Benin Bronzes must not delay the return of the Benin Bronzes
b. Nigeria expects full return of the Benin bronzes and not the return of “substantial part” of Benin Bronzes as earlier announced by the Germans.
c. The ongoing recording of Benin Bronzes under the digitalbenin project will be concluded quickly and will not delay the return of the artefacts. Issues relating to copyrights ownership and other rights over the digitalized objects will be discussed soon.
d. In line with international practice and the operative Conventions and laws, the return of the artefacts is to be negotiated bilaterally between the national governments of Germany and Nigeria.
e. The two sides agreed to a definitive timeline for the repatriation of the artefacts. It was agreed that the agreements on repatriation can be signed in December, 2021 and the repatriation shall take place in August, 2022. A pavilion of international standard for the purpose of these artefacts will be made ready by Edo State government in September, 2022.
f. No conditions shall be attached by the German government to repatriating the Benin Bronzes.
g. The two sides also agreed that there will not be staggered release of the 1,130 artefacts expected to be returned.
h. Opportunities for academic exchanges and scholarship shall be availed Nigerians.
i. The two sides agree to Nigeria’s notion of using the repatriated artefacts and other works of art to inspire Nigeria’s creative industry towards realising its high potential. For this and other purposes they agreed on the possibility of an academy in Nigeria.

The NCMM on behalf of Nigeria is also working on signing the Cultural Property Implementation Act with the United States. Under this agreement, archaeological and ethnological materials older than 250 years coming from Nigeria will be stopped at the US borders and returned to Nigeria unless Nigeria confirms that they have the permission to leave Nigeria. Work has reached an advanced stage concerning this issue and the agreement is expected to be signed this year.

The NCMM has filed a claim in an international panel concerning a Belgian art dealer who despite all entreaties, is demanding money from Nigeria in order for him to release to Nigeria an Ife Bronze head stolen from the National Museum Jos, Nigeria in 1987 and discovered with him but now held pending resolution by the United Kingdom police. To match our resolve to assert our rights over all Nigerian objects, we instituted a claim before the UNESCO Mediation Panel known as ICPRCP for the return of this Ife bronze object to Nigeria. The claim will be heard between 27th and 29th of September, 2021.

Hype is importantly in the recovery of antiquities. NCMM is commencing a national and international publicity effort. We are involving the press and academia both in Nigeria and in the Diaspora. We are bringing our course of action to the court of public opinion for adjudication. This is legitimate in the repatriation battle. In the fight for repatriation of artefacts, time and time again, it has become clear that nations get results through the coordinated din they raise. The threat of lawsuits is as effective, if not more effective as actual lawsuits. Thus whenever we consider instituting cases before international Panels, we also consider hype as another flank of the onslaught. Many examples abound of instances where noise made in the right dose, coupled with the threat of a law suit caused the release of artefacts. The NCMM shall deploy all arrows in its quiver to get the desired result for Nigeria.