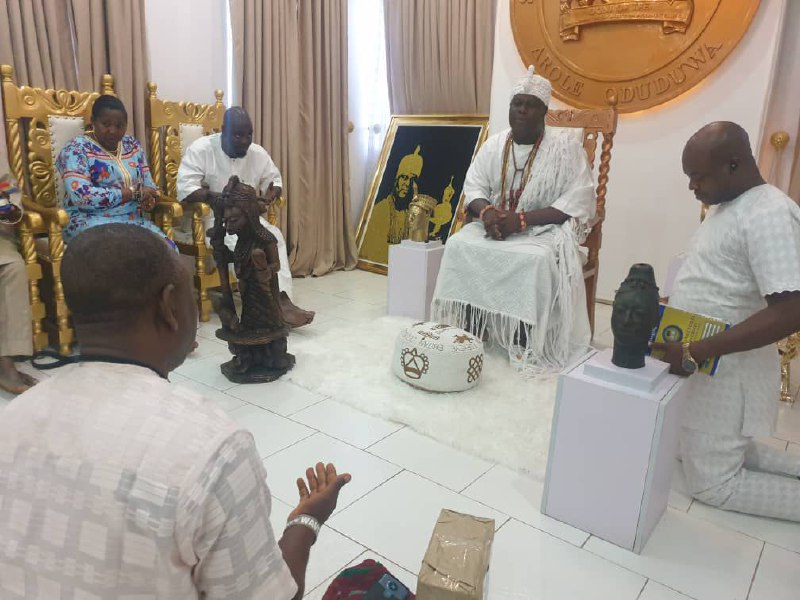 It was an homecoming event for the Ag. Curator and he used the opportunity to seek the revered monarch’s blessing and support for a successful administration. The Oòni who was happy to know that the new Ag. Curator is familiar with the terrain, welcomed him with a specially composed song, heartily prayed for his success and equally pledged his support for the new administration. The Monarch also eulogized the Director-General for his efforts and pragmatic approach in transforming NCMM since he assumed the leadership position.

In company of the Ag. Curator were members of his management team, Prof. Ogunfolakan (Director, Natural History Museum, OAU, Ile-Ife) and some other staff of National Museum Ile-Ife.