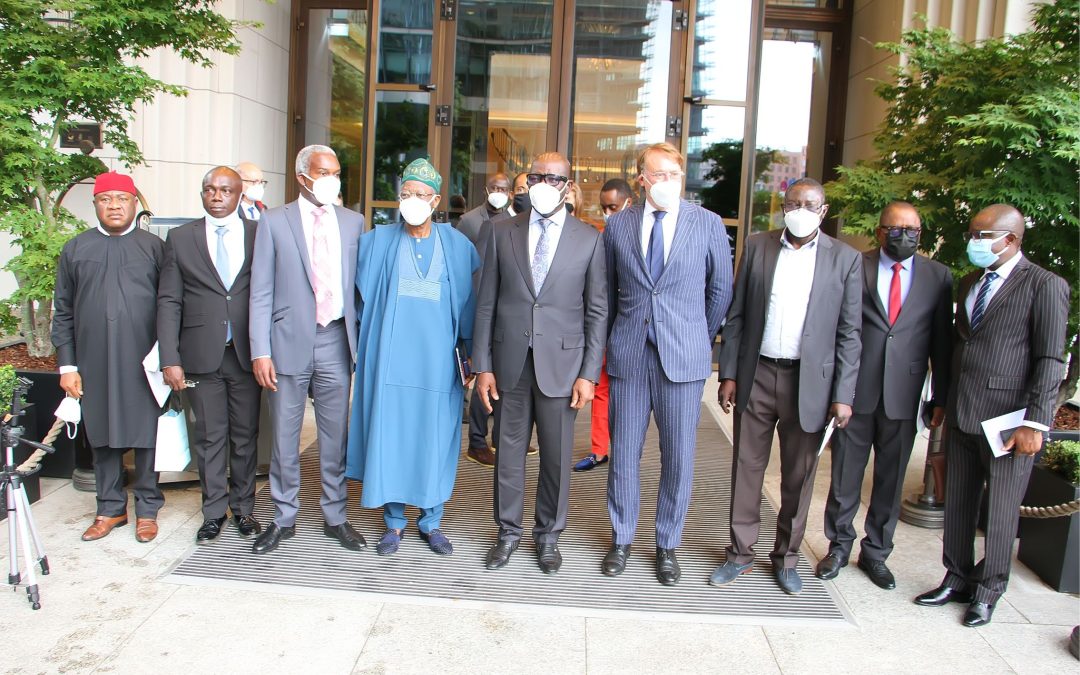 Preparations for the building of the Edo Museum of West African Art (EMOWAA) in Benin City, Nigeria are in full swing. The museum will show works of art from the former Kingdom of Benin, located in present-day Nigeria, which are currently still being held in international collections. The museum will also explore the eventful history surrounding these artifacts upon their return to Nigeria and highlight their journeys around the globe. But for Nigerians, the EMOWAA will do much more than just mount an exhibition of returned looted art from around the globe: The opening of the museum will mark the end of more than 100 years of struggle for the return of these historical artworks.

It will also symbolize the reclamation of Nigeria’s cultural identity, says Prof. Abba Isa Tijani, Director-General of the Nigerian Commission for Museums and Monuments (NCMM): “Many Nigerians and particularly the people of Edo, who are close to these objects, have never seen them in their lifetime. You know, for them to have access to these objects physically, to see them — it’s really a great achievement in their lifetime.”

Prof. Tijani was part of the Nigerian delegation that went to Berlin in July to discuss the details of the return of Nigerian art treasures from various German collections. The Nigerian delegation, which was led by Nigerian Minister of Culture Lai Mohammed, met in Berlin with German Foreign Minister Heiko Maas, Andreas Görgen of the German Foreign Office, Minister of State for Culture Monika Grütters and Hermann Parzinger, Director of the Prussian Cultural Heritage Foundation, among others.

The talks were centered on the prospect of the return of the Benin Antiquities. These are world-famous bronze and brass sculptures which were taken from the palace in Benin City during a punitive expedition of the British Empire in 1897. They then reached Germany at the beginning of the 20th century by way of various auctions held in London. Germany thereby inadvertently secured the world’s second largest collection of these bronzes.

In addition to the fact that the Artefact were forcefully acquired, there is also no doubt that European colonial powers also have blood on their hands as part of the colonial context of injustice. And in Germany, no one disputes this anymore; even museum experts and politicians agree that the objects must be returned to their country of origin.

But it was a long process until that consensus could be reached. Already at the beginning of the 20th century, the former kingdom of Benin had made official requests for restitution — without any success. African intellectuals took up the fight again in the 1970s, but their demands fell on deaf ears in Europe.

French President Emmanuel Macron’s visit to Burkina Faso in 2018 marked a turning point, as he announced that France would return its colonial art treasures. This sent shockwaves also through Germany, where criticisms of the Berlin Humboldt Forum grew louder as the museum had originally planned to display some of the Benin bronzes at its exhibition opening.

As a result, “the topic of the colonial past with its consequences for today has gained incredible momentum and is now making itself felt among the general population,” Minister of State for Culture Monika Grütters told DW. “For a long time, this was a blind spot in our culture of remembrance. “And in order to ensure future transparency in this process, the German Federal Government has launched an online platform in June 2021, on which all objects from Germany’s collections will gradually be digitized. This is seen as an important step allowing proper restitution to take place, since requests for return must be made by verbal note.

The location and exhibit must be clearly named in these documents. However, since the majority of the more than 1,000 exhibits have never been publicly shown, this has been an almost impossible task for Nigerian cultural institutions today.

In Berlin, the delegation agreed that the bronzes should be restituted piece by piece starting next year.

The Nigerian representatives meanwhile displayed a great deal of understanding for the procedure that will be involved in the return of the artifacts: “We want to develop a kind of partnership between German and Nigerian Museums. So we want that any movement of artifacts will not affect the communities, the people in Germany, who have also developed love and aspirations and also some attachments to these objects,” said Prof. Abba Tijani of the National Commission for Museums & Monuments. “So, by the time you get away all these objects at one time, you are leaving a vacuum. And we do not want this.”

“The Benin bronzes have become global objects and a lot of people have a lot of attachment to them,” Tijani added. That is why a strong partnership is being sought so that Germany “will not be left behind without any access to these artifacts,” said the Director-General.

Regardless of the timeline, all parties have agreed to stick to the plan to begin the restitution of the objects next year. Meanwhile, the EMOWAA museum in Benin City, designed by British-Ghanaian architect David Adjaye, will not quite be completed by then. But it is expected that by the autumn of 2022, a large pavilion will have been built, which will serve as a repository. Thanks to its glass structure, it will also offer visitors a glimpse of the pieces that will have been returned by then.

The new buildings are designed to blend in with traditional African architectural styles and will invite people to interact with the artifacts, explains Abba Isa Tijani of the Nigerian Museum Commission: “It will have …an educational center where families can come in and interact with the objects, touch the objects and feel them and learn about the history, have some kind of identity attached to the objects.”

The German government is contributing €4.5 million ($5.34 million) to the construction of the innovative project and hopes that it will serve purposes beyond restitution and also animate further exploration: In addition to the museum, the construction project will also be linked to an archaeological excavation project at the site. However, Prof Tijani hopes that the museum will attract more tourists to the region.